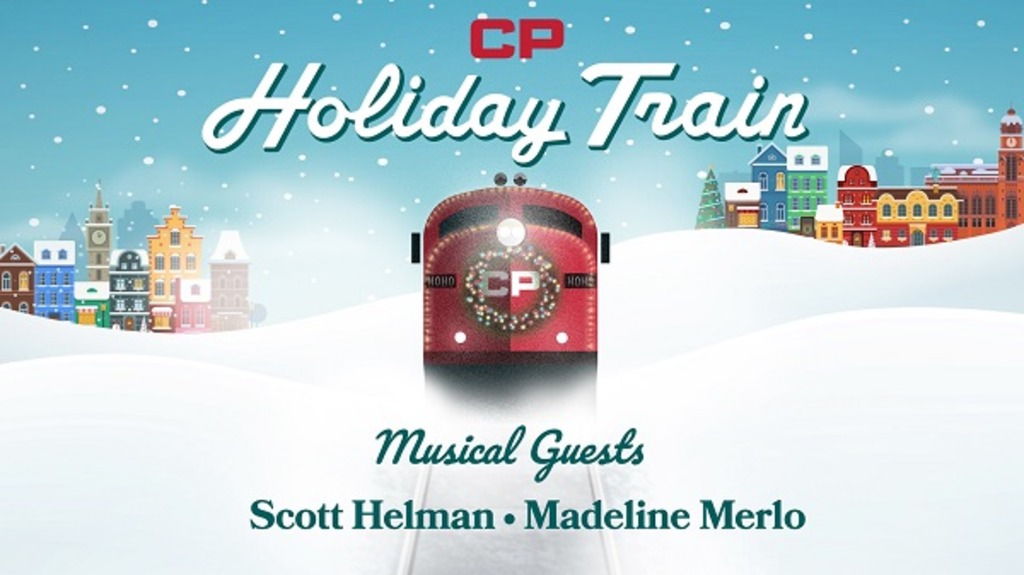 The Canadian Pacific (CP) Holiday Train will soon set out once again to entertain hundreds of thousands of people, celebrating 21 years of collecting food and raising funds for food banks across North America.

The CP Holiday Train program launched in 1999 and has since raised more than C$15.8 million and gathered 4.5 million pounds of food for communities along CP's routes in Canada and the United States. Every pound and dollar raised at each stop stays with the local food bank to help feed those in need in that community.

This event is free. We just ask event attendees to bring money or a heart-healthy donation for their local food bank.

*WHAT TO DONATE*
CP is also encouraging fans of the train to donate heart-healthy food, as everyone should have access to healthy, nutritious food, regardless of circumstances. This supports the mission of CP Has Heart, a program dedicated to improving the heart health of men, women and children in North America. To date, this program has raised over C$19 million for cardiac care and research.

Since the May 2017 release of Scott Helman’s full-length album Hôtel De Ville, the four-time JUNO Award nominee has maintained a relentless touring schedule in support of the album and it’s hit singles “Kinda Complicated,” “Ripple Effect” and the gold-certified “PDA.” In the summer of 2018, Scott was invited to open for Vance Joy’s five cross-Canada tour dates. Those shows went so well that he was eventually asked to join the entire Vance Joy European tour. Finding his musical influences in album-focused artists like Arcade Fire, Bruce Springsteen, Neil Young, The Cure, Bon Iver and Paul Simon, Canadian singer-songwriter Scott Helman has established himself as one of the country’s leading young songwriters, earning himself a 2018 JUNO Award nomination as Songwriter of the Year.

Hailing from Maple Ridge, B.C., Madeline Merlo is a CCMA Award and two-time BCCMA Award winning artist, with five Top 15 singles under her belt. She is currently collaborating with some of the biggest names in country on new music based in Nashville, TN, continuing to live up to Spotify’s prediction that she will be one of the biggest rising stars to watch.

Posted by Claudia Garcia de la Huerta under Other in Classic 107.