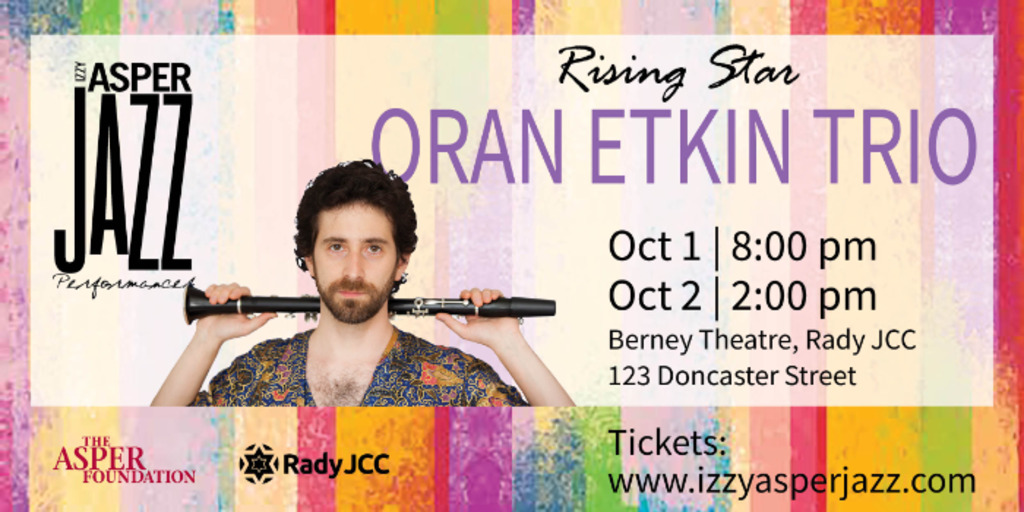 Born in Israel and raised in the US, clarinetist ORAN ETKIN has been passionate about music since he was a child. He has studied with jazz greats like Dave Liebman and Yusef Lateef, as well as with symphonic clarinetists and traditional griot musicians from West Africa. Voted #1 Rising Star Clarinetist in Downbeat Magazine’s 2016 Critics Poll, Etkin has collaborated with musicians all over the world in his Gathering Light and Open Arms projects and shares the joy of music with children through a program called Timbalooloo. He has released several albums, the most recent of which is What’s New? Reimagining Benny Goodman

Posted by Sheldon Appelle under Jazz in Classic 107.