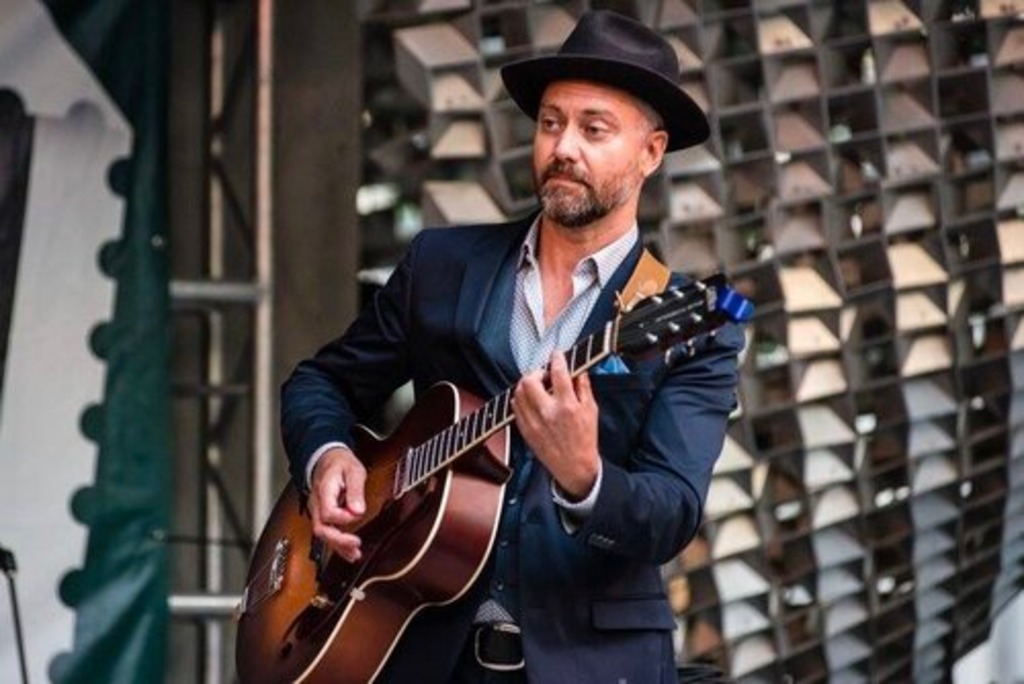 Jazz Winnipeg proudly presents its series of Jazz Age Garden Parties at the Dalnavert Museum. This series of six jazz and jazz-adjacent concerts updates the spirit of the Roaring Twenties for a new century this summer in Winnipeg.

Enjoy music, cocktails, light fare, and garden party activities (including croquet!) at the garden of the Dalnavert, a small Victorian mansion nestled in the heart of downtown Winnipeg.

Twenties attire and hats are encouraged. Concerts will go ahead rain or shine.

Please note: physical distancing measures will be in effect, including tap-only bar (no cash).

The band features Woody Holler on vocals and guitar, Daniel Koulak on bass, Artur Kivilaht on guitar, and Jeremy Penner on violin.

Woody Holler grew up on the Canadian prairie hearing the songs of the cowboy. Although he was later trained in opera, a sense of nostalgia held him close to those western roots.

In 2009, Woody teamed up with some of Winnipeg’s finest jazz musicians and began purveying his own brand of western swing. Since 2010, the band has showcased very successfully across western Canada, which has led to several tours from across the prairies to the Atlantic and the Pacific. They have enjoyed a tour of the Northwest Territories and past the arctic circle. In 2016, the band spent three weeks touring England on behalf of the Northern England Arts Network. Their first album, Western Skies, was nominated for a Canadian Folk Music Award in 2010.